Alby is bringing the everyday use of Bitcoin to the web via the Lightning Network. For many, it is understood that Bitcoin is a novel form of internet money, but what much fewer grasp is that there is a gap between Bitcoin as a commodity, and its usability on the web.

This is part of the critical need for why the Lightning Network was created, and is at the core of why Alby exists. Bitcoin has limitations implicit to being the highly secure asset that it is. The Lightning Network is a toolkit to expand on those limitations, and Alby is using them to bring Bitcoin to the everyday internet experience. The use of Bitcoin on the web is a big problem (and opportunity!) due to the ramifications of sharing value freely on the internet.

The need for the Lightning Network

The Lightning Network is a software and hardware network that provides an infrastructure upon which to drastically improve the speed, cost and scale of Bitcoin transactions. It is a significant innovation that, like Bitcoin, is built on an open-source repository of information. However, unlike Bitcoin, the Lightning Network is more of a scaffolding for building new products rather than being a product or service that can accrue value in and of itself.

Some of the benefits of the Lightning Network include near-zero transaction fees, global instant micropayments, and the ability to support very many simultaneous transactions. The effects of such are already building traction as leverage to harness and spread the power of Bitcoin to those who need it most.

The Lightning Network simply provides the means for users to transact Bitcoin in a way that dramatically improves usability without sacrificing security. As a payment network, payment “channels” are fundamental to how the Lightning Network functions. It is a dynamic system that embeds payment channels at the heart of a framework for building UI interfaces. The result is an open-source toolkit for building any application that might want to offer free, near-instant, privacy shielding, and highly-secure value transfers that are ethically more sound than any existing payment service. The Lightning Network is thus a rapidly growing, no-nonsense resource to leverage Bitcoin’s growing adoption.

It doesn’t help to have a bag of tools if nobody is going to use them. Alby’s team recognized the lack of adequate Lightning Network solutions bringing Bitcoin to the web. It all started with a “HackSprint”, a type of hackathon, to bring Alby’s first lines of code into existence back in 2020. Now Alby offers a flagship service, the Alby browser extension, along with ongoing Lightning Network infrastructure development (ie. Alby Lightning wallet), and support for initiatives within the Lightning community.

Alby’s browser extension is key to experiencing what using the Lightning Network on the web is like. It is a free extension that anyone can download. Once downloaded, users are guided through connecting their existing and/or creating their own new wallet from which they can easily start transacting. More features through Alby’s browser extension include custom budgets to allow payment streaming and auto payments, and various integrations if you’re exploring the Lightning Network in depth. It’s a simple process built to bring Bitcoin to the web for the everyday user.

Alby also makes it possible to leverage the Lightning Network for secure authentication. The Lightning Network is an inherently secure system that can change the way websites apply their security protocols. For example, you can use Alby instead of a password to access certain websites and content.

Alby’s goal is to build a great browser extension, but there is also a need for broader infrastructure to support applications like Alby. This is why building partnerships for the long-term benefit of the Lightning Network is also a priority.

“Value 4 Value” is an initiative in the Lightning Network community that receives ongoing support from Alby. Value4Value refers to a voluntary model where consumers freely compensate content creators directly for their work. Typically, content creators (ie. YouTubers, podcasters, etc.) will earn an income from advertising or affiliate marketing models. However, this encourages online behaviour catered toward profit-seeking middlemen that don’t necessarily reflect the interests of consumers. Peer-to-peer value exchange can limit the noise associated with the modern experience of surfing the web, which could lead to a more organic online environment.

Alby and the Lightning Network

Bitcoin’s adoption and the growth of the Lightning Network are continuing at a frenetic pace. Like the early days of the internet, we are likely seeing the beginning of a new era in how humanity coordinates value and information. These early days require a lot of work and creativity to bring the benefits of new technology to light.

Alby is an exciting project leading the way with a browser extension, and a wallet for interacting with the Lightning Network. Alby’s products and services empower users to transact Bitcoin quickly and easily on the web. As early movers and enthusiastic open-source contributors, Alby is well positioned to introduce and serve many Lightning Network users into the future. 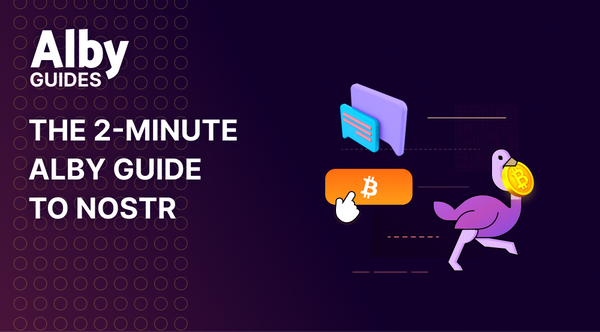 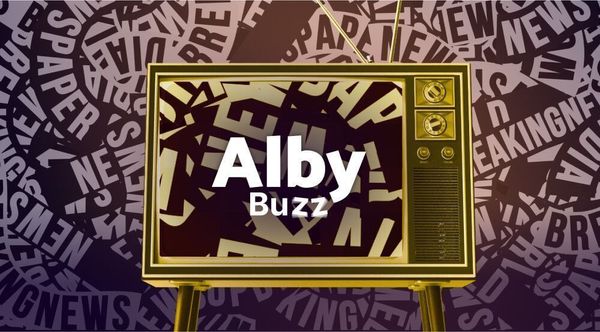 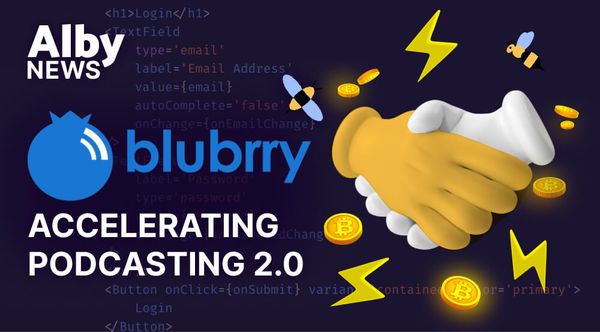